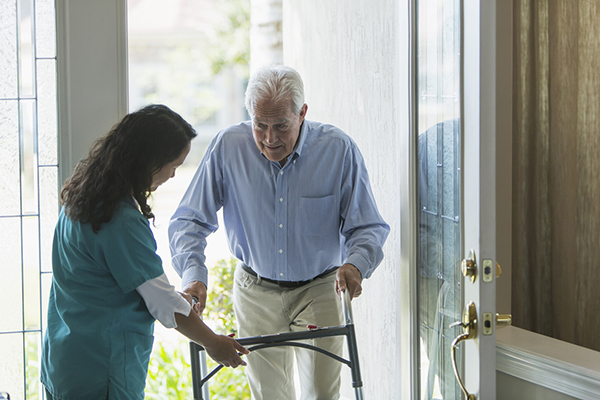 What Is Dementia with Lewy Bodies and How Is It Different from Parkinson’s Disease?

Each and every year, thousands of American seniors are told they have Parkinson’s disease, but they do not. For many of these patients, the correct diagnosis is a very similar but not as well-known disease: dementia with Lewy bodies (DLB).

Dementia with Lewy bodies affects around 1.3 million Americans, according to the Lewy Body Dementia Association (LBDA). That estimate could possibly be too low since some individuals who've been inaccurately diagnosed with Parkinson’s still have not been given an accurate diagnosis.

So, what is dementia with Lewy bodies and how is it different from Parkinson’s? It can be difficult to differentiate, because the signs and symptoms for the two diagnoses can be very similar, particularly as they progress, as they reflect similar underlying modifications in the brain.

Here are the symptoms you should know about, according to the LBDA:

Is a correct diagnosis actually essential? Diagnosing DLB quickly and properly could possibly mean the difference between life and death, according to Howard I. Hurtig, M.D., Chair, Department of Neurology, Pennsylvania Hospital and Elliott Professor of Neurology. Improperly treating DLB will not only cause serious adverse side effects, but can even worsen symptoms and prevent accurate symptom management.

Some of the confusion among physicians comes from the fact that both Parkinson’s disease and DLB fall into the same umbrella of Lewy body dementias.

The Horsham dementia care experts at Effraim Home Care are also available in multiple counties throughout Pennsylvania. Call us at (215) 826-7422 to set up a home care assessment or to find out more about how we can help your loved one with dementia, Parkinson’s disease, or any other chronic condition.